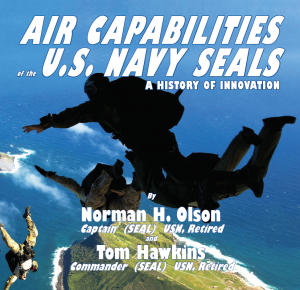 Air Capabilities of the U.S. Navy SEALs: A History of Innovation in Parachuting, Helicopters, Space and More

This book is the first of a three-volume set that will take a deep dive into the history and lore behind Naval Special Operations capabilities in each of these three environments. Written by three subject matter experts, these books will provide non-classified insight into how SEALs operate any time and any where.

Air Capabilities of the U.S. Navy SEALS tells the story of individual initiative, personal daring, clever innovation—and a few calamities along the way. Every page is richly illustrated, many with never‑before published images. Learn More>> 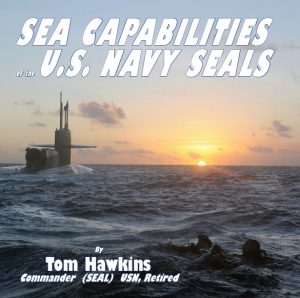 The second of our three-volume set into the capabilities of the Navy SEALs provides a unique look at the development of Naval Special Operations underwater capabilities. The book is written by Tom Hawkins, who brings his unique personal experiences to the topic. Tom was a test engineer at the Navy Experimental Diving Unit, was the operational test director at the Navy’s Operational Test and Evaluation Force, among other high-profile assignments. He ended his active duty career at the Naval Sea Systems Command, and continued to be involved with Naval Special Warfare policy, doctrine, training, research and development, and requirements analysis. His insights into maritime special operations and sea capabilities is what makes this volume so authorative. Available November 11, 2019 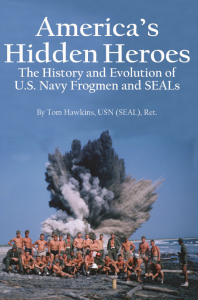 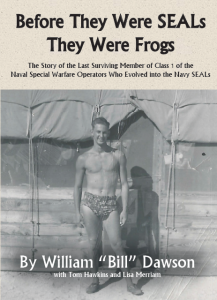 Bill Dawson, the last living member from the first class of Naval Special Warfare operators, then known as as Naval Combat Demolition Units, one of the predecessor groups that evolved into the modern day Navy SEALs. This fascinating first person account provides a rare first person look into the training, personalities, and  non-classified activities of his unit in the Pacific Theater of Operations from 1943 until the end of his service after the  Japanese surrender. The book reproduces photographs Bill took during his service, vintage clippings and rare examples of Japanese propaganda. Retired Navy SEAL Commander and noted Naval Special Warfare historian Tom Hawkins adds historic perspective and detail. Learn More>> 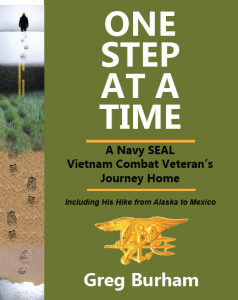 One Step at a Time

Navy SEAL Vietnam combat veteran Greg Burham tells the story of his journey home from the jungles of Southeast Asia. After serving as one of the feared “Men with Green Faces” in Vietnam, Greg returned to an ungrateful nation and the scorn of his peers, as he struggled with what we now know to be Post Traumatic Stress Disorder. Greg embarked on a journey of discovery that began with a hike from Alaska to Mexico on foot, a trip that restored his sense of self and redefined who he was to others. That epic hike put Greg on a path to his life’s work, helping veterans deal with PTSD–including veterans of the North Vietnamese Army! His work has played a role in removing the stigma that has prevented SEALs from getting help in the past and that is putting an end to the emotional pain our nation’s hero veterans too often suffer. Learn More>>