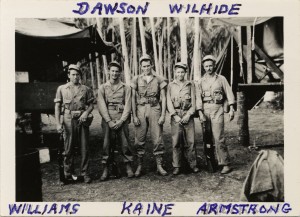 Author Bill Dawson stands second from the left in this famous picture taken in early in his deployment in the jungles of New Guinea. 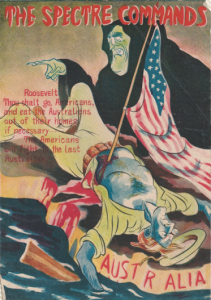 Bill often found caches of propaganda when he and his team overran Japanese positions.

Bill Dawson is the last living member of the first class of Naval Special Warfare operators. Then known as Naval Combat Demolition Units, they are a predecessor group that evolved into the modern-day Navy SEALs. In his book, Before They Were SEALs They Were Frogs, Bill Dawson provides a rare first person look into the training, personalities, and non-classified activities of his unit. He served in the Pacific Theater of Operations from 1943 until the Japanese surrender in 1945. Accompanying Bill’s narrative are: